Below is some key terminology that will be helpful in understanding solar energy systems.  For a more detailed list of terminology, visit the Go Solar Texas’ Solar Glossary or the North Texas Renewable Energy Group Glossary!

Alternating current (AC): electric current that reverses direction 50 or 60 times per second (depending on the country); the type of electricity used by buildings

Battery storage: a system that stores electrical energy from a solar PV system, making the electricity available for later use; common in off-grid systems and hybrid systems

Direct current (DC): electricity that flows only in one direction; the type of electricity supplied by solar PV panels or by batteries

Grid-connected system: a solar electric system that is connected to the utility power grid; allows customers to send energy back into the grid if there is a surplus

Leased system: owned by a third-party

Inverter: device that changes the direct current (DC) to alternating current (AC) for use

Net metering: allows customers to apply the electricity generated by their own devices against their electric bills; if they produce more than they consume, the utility pays or credits them for the excess

Parity: occurs when an alternative energy source can generate power at a levelized cost of electricity (LCOE) that is less than or equal to the price of purchasing power from the electricity grid

Power Purchase Agreement (PPA): a contract between a power producer and a power consumer, which states that the customer will purchase a certain amount of power at a certain price from the producer

Retail Electric Provider (REP): sells electric energy to retail customers in the areas of Texas where the sale of electricity is open to retail competition. An REP buys wholesale electricity, delivery service, and related services, prices electricity for customers, and seeks customers to buy electricity at retail

Watts: unit of electrical power at any given moment 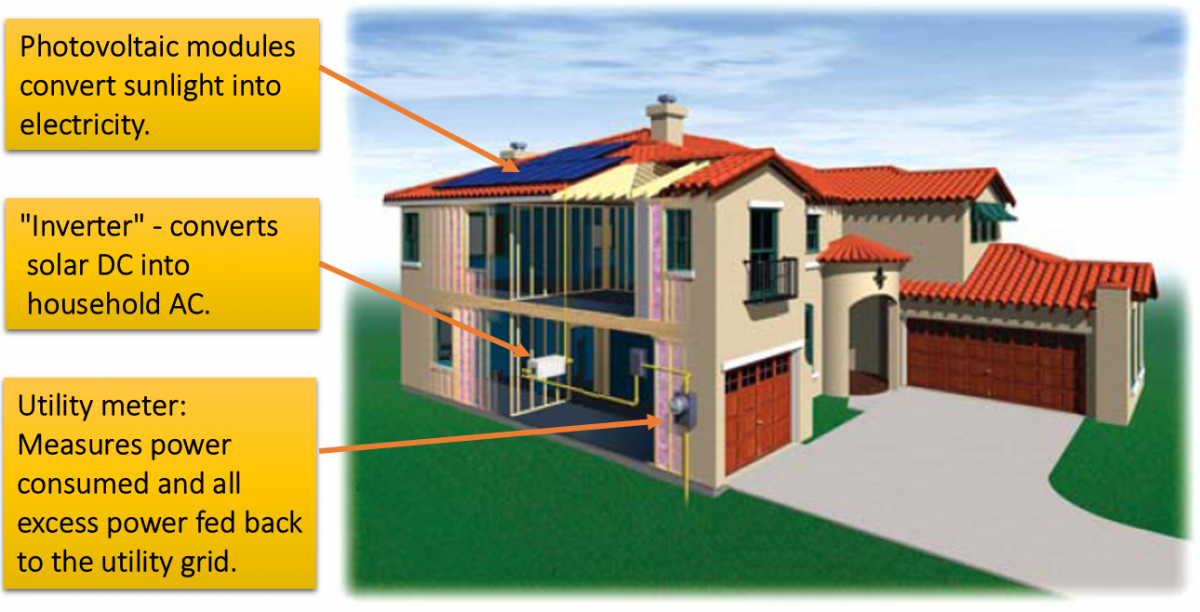