The following resources provide an overview of regulations pertaining to solar for homeowners, local governments, and nonprofit utilities. 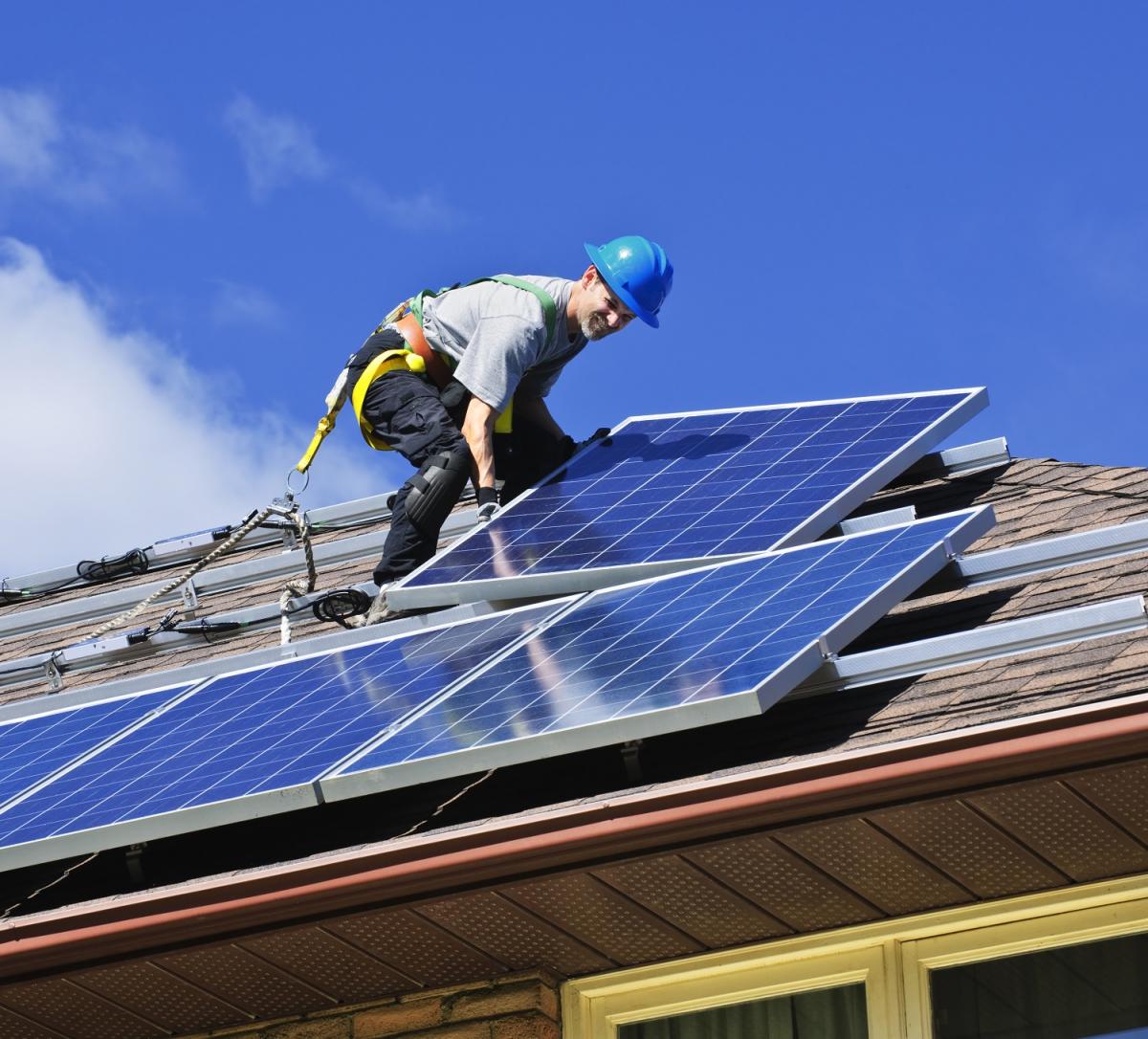 Texas House Bill (HB) 362: The passage of HB-362 limited homeowners associations (HOAs) and property owners associations (POAs) from restricting solar devices outright. To comply with this law, homeowners that live in neighborhoods with HOAs must still follow the normal procedures for seeking improvements, including a written request or application to an appointed Architecture Review Committee or similar council.  HB-362 amended Texas Property Code Section 202.010 as outlined below.

Texas Property Code Section 202.010: HOAs and POAs cannot prohibit or restrict a property owner from installing a solar energy device as defined by Texas Tax Code Section 171.107.  However, the following exceptions do give HOAs the power to restrict solar panels if one of the following conditions exist:

HOAs can also designate where solar panels may be placed on a homeowner’s roof.  However, the homeowner can petition for an alternate location if he or she can prove that the alternate location would increase the estimated annual energy production of the solar panels by more than 10% by using a modelling tool provided by the National Renewable Energy Laboratory, such as the PVWatts Calculator.

Texas Senate Bill (SB) 1626: The enactment of SB 1626 closed previous loopholes by allowing developers to prohibit homeowners in residential subdivisions from installing solar panels on their homes during the development period only if the development consists of 50 or fewer units.

Solar United Neighbors' has several resources for Texans interested in residential solar and want to understand their rights.

Local Government Energy Reporting: According to Texas Health and Safety Code §388.005(c), municipalities, political subdivisions, institutions of higher education, and state agencies within ozone nonattainment and near nonattainment counties must reduce their electrical consumption by five percent each year for seven years, beginning Septermber 1, 2019.  Applicable entities are also required to submit an annual report to the State Energy Conservation Office (SECO) documenting their annual energy consumption and efforts to achieve the five percent reduction goal. The expansion of solar energy generation is one means by which entities in nonattainment counties can meet their energy reduction goal.

Appendix T: Appendix T of the ICC 2018 International Residential Code (also found as Appendix RA in the 2018 International Energy Conservation Code for all commercial and residential construction) consists of solar-ready provisions for new construction of detached one- and two-family dwellings and multiple single-family dwellings and townhouses.  If this optional Appendix is adopted via municipal ordinance, these provisions become mandatory building code regulations in that municipality as is the case in the Cities of Lewisville, Houston, and Austin, who adopted Appendix U of the 2015 IRC.

Unlike much of the Texas power market, munis and co-ops are excluded from deregulation, meaning that they can remain vertically integrated and are not required to participate in competitive retail markets. Because of this, their electricity rates are often stable and relatively low compared to rates in the deregulated market.[i] Munis and co-ops have the option to “opt-into” competition if they choose; however, only one co-op, Nueces Electric Cooperative, has opted into competition to date.[ii]  Although regulatory requirements for nonprofit utilities are few, utilities should be aware of interconnection and registration requirements associated with distributed generation (DG). 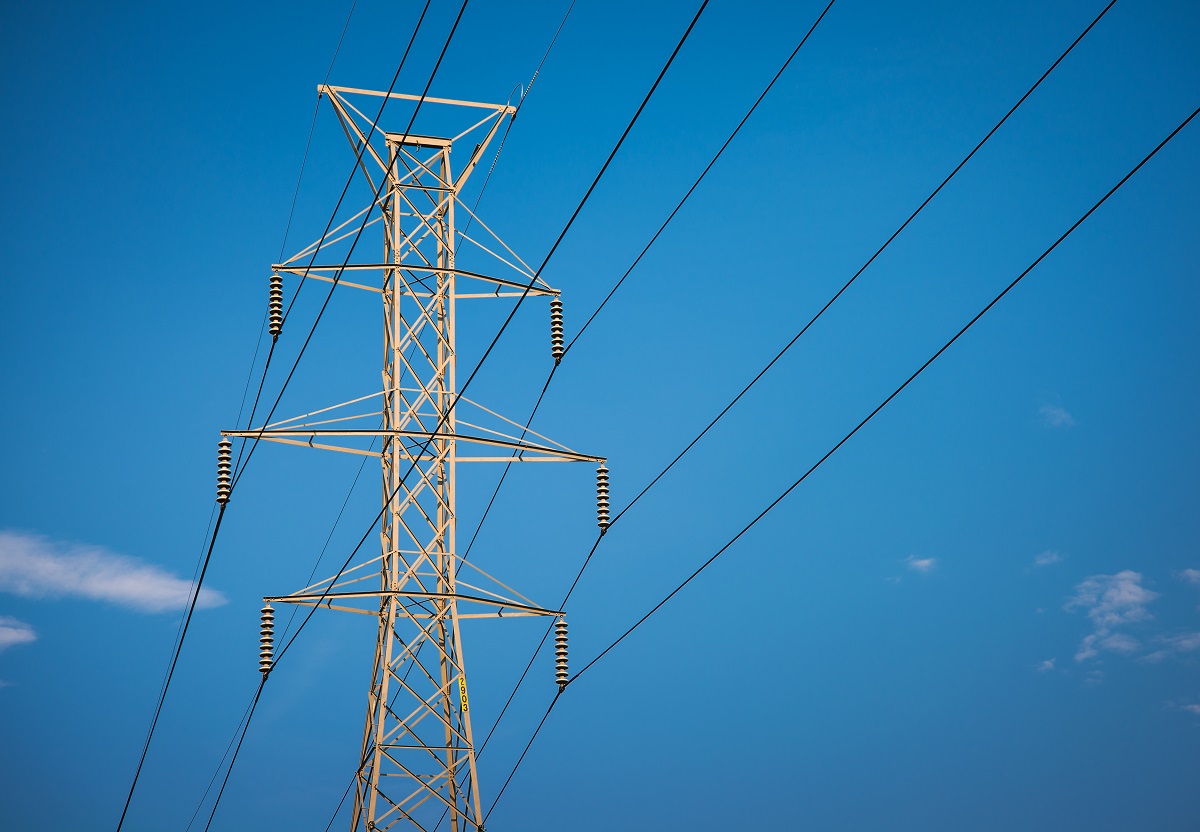 A DG resource of one megawatt (MW) or greater is required to be registered with ERCOT in accordance with Section 16.5 of ERCOT Nodal Protocols. If the DG Resource is ≥ one MW and will supply net power onto the ERCOT System, the owner of the DG resource should complete the following actions:[iv]

If a DG resource of ≥ ten MW is going to supply net power to the grid, ERCOT requires a more regimented interconnection process in addition to registration requirements. While the PUCT requires no regulatory actions from munis and co-ops, PUCT resources regulating electric service providers can and have been used by nonprofit utilities to guide decision-making when developing a distributed generation resource. The sections below, from Chapter 25. Substantive Rules Applicable to Electric Service Providers, may be useful when considering the development of a community solar program:[v]

Section 25.109 – Registration of Power Generation Companies and Self Generators 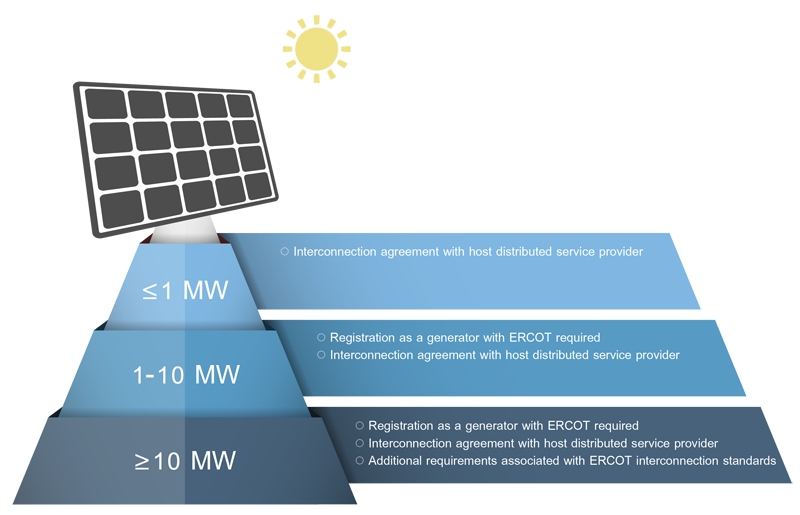 [i] Testimony of the Texas Public Power Association (TPPA) to the Senate Business & Commerce Committee, July 2012