If installing solar on your own property is not feasible due to roof quality, finances, or other reasons, there are other options to consider.

Use Power to Choose to find REPs in your area that source some or all of their electricity from renewable energy sources.

2. On the left-hand sidebar, scroll down to "Renewable Energy" and select what percentage of your electricity you would like to come from renewable energy sources, such as solar and wind energy.

3. The results will display available REPs that source your desired percentage of electricity from renewable energy. 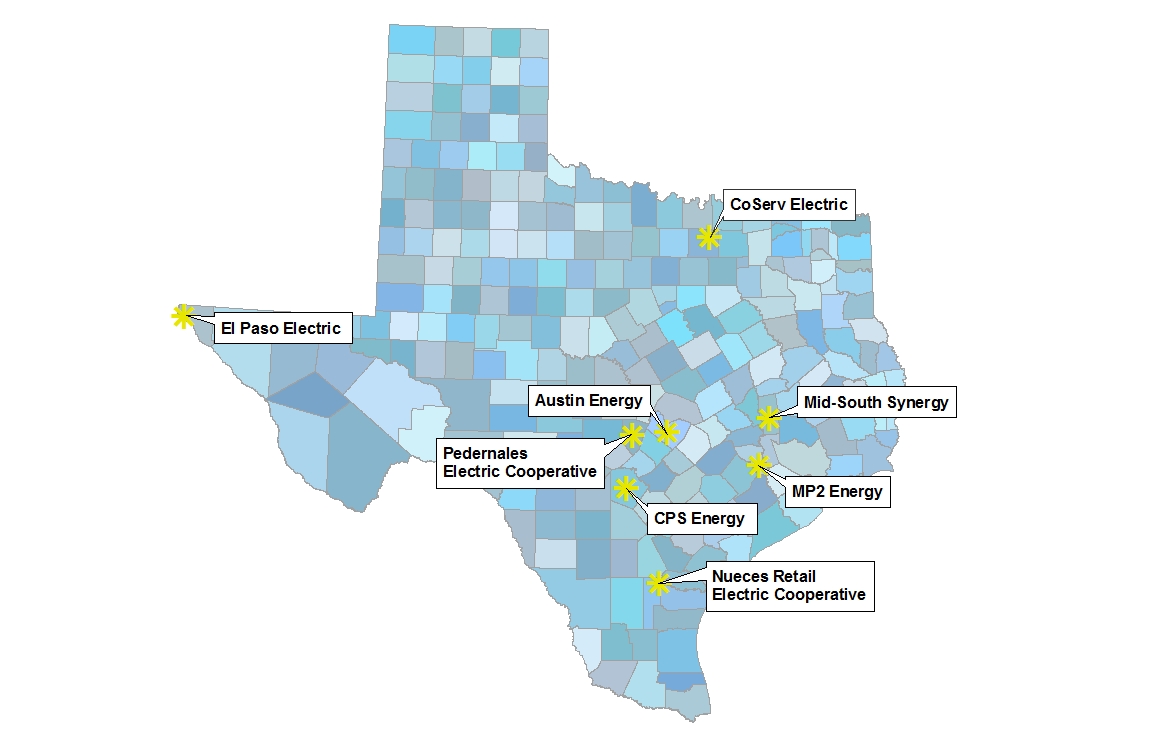 Community Solar consists of a central installation that provides customers with an opportunity to opt into the solar installation and receive a proportional share of financial or energy output of the system, thereby allowing customers to realize the environmental and economic benefits of solar energy without requiring a solar installation of their own. Only one community solar program currently exists in North Central Texas (CoServ Electric's Solar Station), but you can help advocate for more community solar programs by speaking with your elected officials.

Solarize is essentially a group purchase option where participants benefit from economies of scale by grouping their projects together with a single installer. Larger jobs typically result in lower cost per installed kW.  Both residential and commercial customers can also help "buy down" the cost of a solar system by launching a Solarize campaign.  To learn about how to launch a successful campaign, read The Solarize Guidebook from the National Renewable Energy Laboratory, or check out one of the previous successful Solarize programs in this region and find out how they were successful!

Solarize Plano
Solarize Plano is a project run by Plano Solar Advocates, a grassroots volunteer group of Plano citizens whose mission is to increase awareness and use of solar energy for electricity generation in Plano. Through Plano Solar Advocates' 2013 and 2014 Solarize campaigns, a total of 42 installations totaling 216.9 kW were installed.  As of early 2015, this made up approximately 25% of all residential solar installations in the City of Plano!

Solarize Garland
Solarize Garland is a group formed to increase awareness and use of solar energy for electricity generation in Garland.  As of August 2014, the Solarize Garland program had completed one group purchase project that led to installation of 8 systems totaling 36 kW.

Other Areas of North Texas
If you live in another part of the Dallas-Fort Worth area and would like to get involved in or start a Solarize campaign, check out the list of current Solarize efforts from the North Texas Renewable Energy Group.

Other Solarize Programs in Texas

Solarize Wells Branch
Solarize Wells Branch started with the Wells Branch Solar Energy Fair, hosted by neighborhood volunteers on October 28th 2015. That event was very well attended by local residents who wanted to learn about solar. People got excited about the solarize model and the project has moved rapidly from there. Email solarizewb@gmail.com or visit wellsbranchsolar.blogspot.com if you have questions.